Welcome to PAKA - this site is no longer up-dated, Please go to our new site at www.ipaka.uk
The Association aims to promote angling and conservation, promote coaching and raise money for registered charities throughout South Wales.  PAKA will help, develop and educate members about fishing, marine conservation, increase junior membership year on year, complete a number of beach clean-ups a year, coach and improve the skills of all members, particularly juniors, and encourage anglers to fish safely.  Provide comprehensive liability insurance for clubs and individuals, including personal insurance, at a reasonable cost.

Membership
Membership is open to fishing clubs and individuals regardless of age, religion, ethnicity, gender, ability, or political beliefs.

NEWS and Notices:  Forthcoming event in aid of RNLI.
19 July 2014 is the date for the annual Oxwich Bay Kayak Fishing Competition. 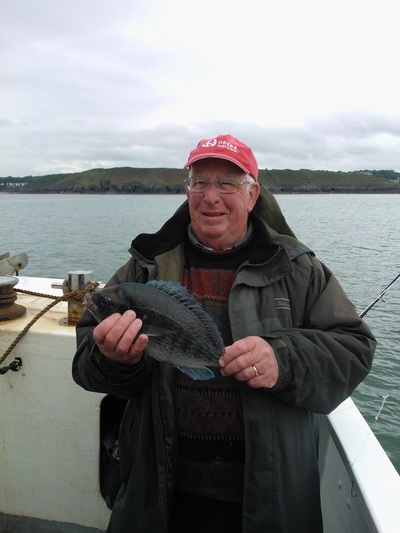 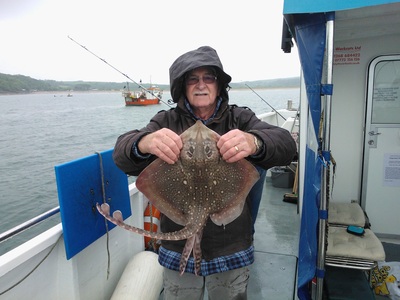 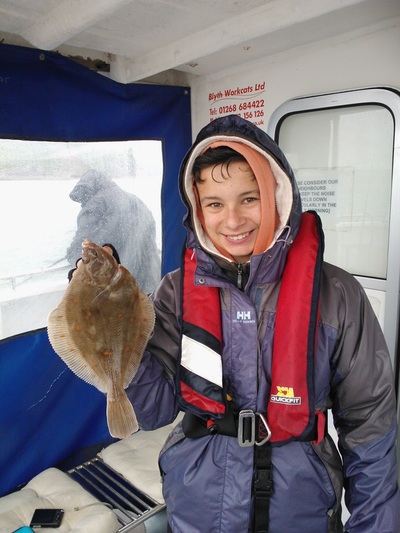 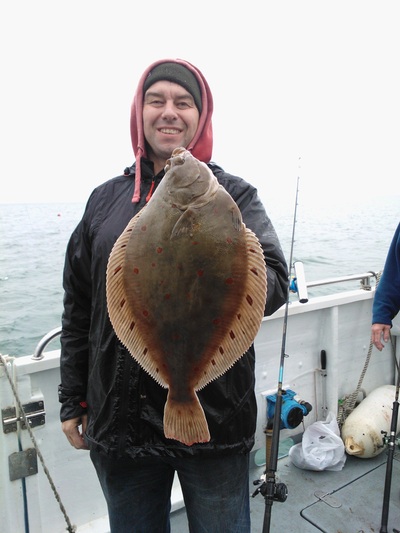 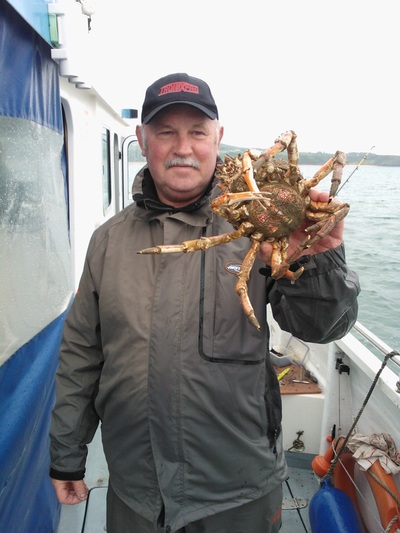 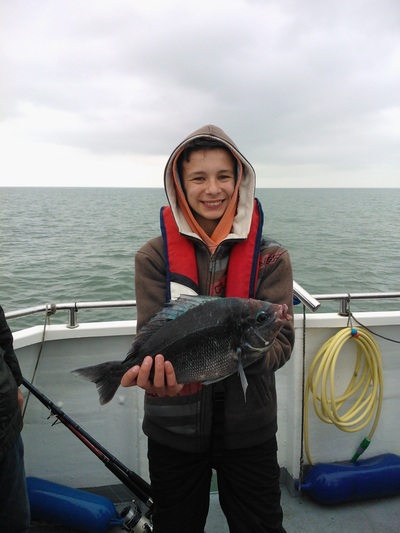 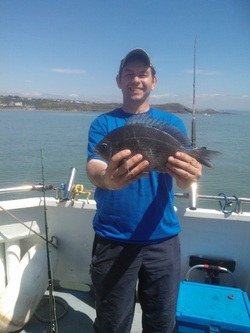 ﻿CATCH OF THE DAY﻿
Gwyn Thomas of CwmavonSAC and MMBFC clubs when out fishing on MMBFC's Oystercat caught this 2lb 2oz black bream off Langland.  Oystercat had a party of 10 members out for a day's fishing on the marks around Langland and Oxwich.  Fishing low water,  several species and sizes were caught and a good day was enjoyed by all, excellent weather, sun cream required and John Elvins' sausage baps went down very well with a cup of tea.  Skipper for the trip was Richie Pearce.

Breakwater news:
Swansea Breakwater
The breakwater has been inspected again by ABP engineering and found to be udermined and unsafe.  Therefore, there can be no fishing from the breakwater until repairs have been carried out and this could take some time.  You will appreciate ABP and PAKA have to ensure the breakwater is 100% safe for fishing. 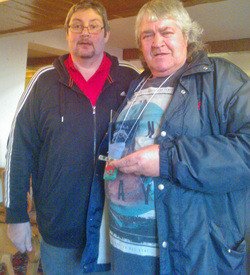 At the AGM, 9 April 2014, Marshall Mainwaring was awarded a 'Purple Heart' Trophy for his outstanding services to the Association's charity activities and providing substantial donations.

13 YEAR OLD Rhys Davies with a junior club record 10lb bullhuss
Rhys has just qualified for the Welsh Junior International Team with Josh Davies and will be representing his country in July 2013. Rhys who takes part in the P.A.K.A coaching programme has excelled in matches over the last few months, His father Mike Davies who is a prolific fisherman and well known on the competition circuit is very proud of Rhys.
These boys have come through a very comprehensive coaching scheme that was designed in 2009 to help youngsters into fishing and understand the local aquaculture, it has been so successful that it now rolled out in local schools , children`s clubs and scout movements, the programme designed and copyrighted  in 2009 also helps in the rehabilitation of the more vulnerable members of society.  Grants received during 2009 to present have helped fund these events, including beach clean ups, identifying the origins of waste, the impact on the environment, overfishing and historical fishing rights and its impact.The introduction of catch and release fishing has been endorsed by our members we now use this method in all our matches.
Anyone wishing to take part in our schemes can do so by filling out the contact form for more advice.


Top angler Paul Morgan took Rhys under his wing to fine tune him ready for the home international in July 2013, Rhys progressed under this one to one tuition to a standard that made him very difficult to beat in a match situation.

PAKA  Juniors coaching success
13 year old Rhys Davies and 15 year old Josh Davies have just returned from North Wales representing Wales in the Home internationals, both boys are part of the P.A.K.A coaching programme , both boys have shown natural abilities and were very easy to coach, Rhys learning a lot off top angler Paul Morgan, Rhys and Josh offered their thanks to the Paka clubs who help support them in the run up to the Competition. Further coaching days are planned for next years Home internationals which are to be held in Scotland, watch out for new boy 12 Year old Thomas Woods from Swansea who is lighting up the junior fishing scene.

﻿Well done and many congratulations﻿

Photos from the Junior Coaching events 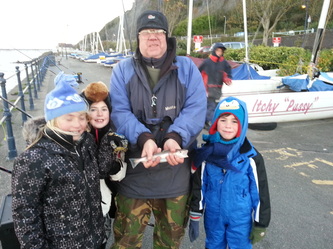 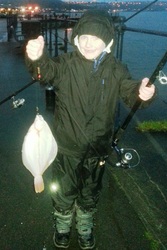 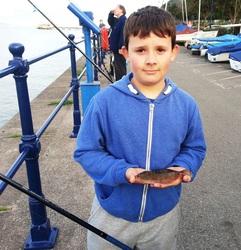 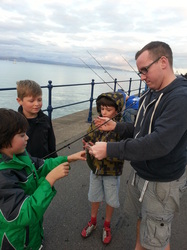 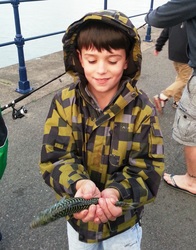 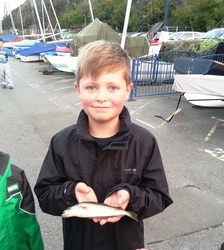 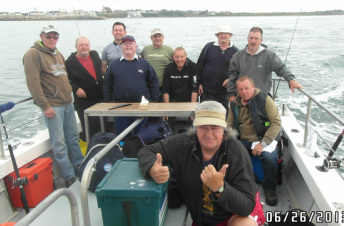 A group of 21 anglers went to Kilmore Quay in Wexford for the 18th continuous year.
Fishing from the Autumn Dream and The Enterprise skippered by Eamond and Dick Hayes. Going out from the picturesque harbour and village of Kilmore Quay a 15 minute steam bring you out to the Saltee Islands where the fishing is prolific Cod, Coalfish, Pollock, Wrasse, Ling and many other fish are caught in the waters. Over the 18 years the trip has been fine tune to let the anglers experience the full potential of Kilmore Quay, guaranteeing the anglers good fishing, every angler caught fish some caught fish they had never seen, the only down side is the Irish Tourist board who really put very little into helping the small businesses promote this jewel in the Irish sea,  over the last 4 years we have been responsible for over 300 anglers per year visiting the Wexford area with 9 different clubs running similar trips as this one, I have written several letters to different departments trying to promote what we do and to date have not had a reply, Scotland on the other hand are trying very hard to secure our business, so I can see 2015 being a Scottish trip. A big thank you goes to Pat and Siobhan at the Quay house hotel Dick and Eamond Hayes the skippers Kehoes restaurant for the fantastic food and also the Wooden house restaurant, thanks again to Ashley Hayden who introduced us to Joe Carley who provided us with fantastic fresh bait delivered to the door.

CHECK OUT THE VIDEOS OF KILMORE QUAY PRESS LINK